Citizens from an EU Member State, including States other than Member States which are party to the Agreement on the European Economic Area (including Switzerland), who are going to reside within the territory of the Spanish State for a period of more than three months, are obligated to register in the Central Registry of Foreign Nationals.

(*States party to the Agreement on the European Economic Area.  **June 21, 1999 Agreement between the European Community and the Swiss Confederation regarding free movement of persons.

Directive 2004/38, from the European Parliament and the Council, dated 29 April 2004, on the right of citizens of the Union and their family members to move and reside freely within the territory of the Member States.

Royal Decree 240/2007, dated 16 February, regarding the entry, free movement and residency in Spain of citizens from Member States of the European Union and other States which are party to the Agreement on the European Economic Area.

Order PRE/1490/2012 dated 9 July, establishing regulations for the application of article 7 of the Royal Decree, dated 9 February, regarding the entry, free movement and residency in Spain of citizens from Member States of the European Union and other States which are party to the Agreement on the European Economic Area.

All citizens from EU Member states or from States other than Member States which are party to the Agreement on the European Economic Area, have the right to reside within the territory of the Spanish State for a period of more than three months if:

1) The person works for paid employment in Spain, or

2) The person is self-employed in Spain

*You and your family members must have sufficient resources to not become a burden on the public finances of Spain during your residency period.  You must also provide public or private health insurance contracted either in Spain or in another country that provides coverage in Spain during your period of residence.  It must be equivalent to that which is provided by the National Health System.

3) You are a student enrolled in a public or private center, recognized or funded by the education administration for studies or professional training, with public or private health insurance contracted either in Spain or in another country that provides complete coverage in Spain, in possession of a declaration proving that you have sufficient resources for yourself and your family, to not become a burden to the Spanish social security system during you period of residence, or

4) You are a national of a Member State, a family member accompanying or reuniting with a EU citizen, that fulfills one of the aforementioned conditions.  The family member must be:

Note: On a general basis, you must provide both originals and copies of all documents upon submitting the application.

1). Two copies of the official application model (EX-18), duly filled out and signed by the EU Member citizen.  The application can be accessed here:

2). Valid passport or national identity document.  In the case that either has expired, you must attach a copy of it and a copy of the renovation application.

Depending on the application:

-Confirmation of engagement from the employer or a certificate of employment, including, at least, the company name, company address, taxpayer identification number and contribution account code.

-Registered employment contract in the public employment service, or a hiring report and its conditions though the [email protected] platform.

The presentation of supporting documentation to participate in an EU program promoting educational exchange for students and professors shall be considered in order to fulfil the requirements.

-He works for paid or self-employment.

-He has adequate means of livelihood and health insurance.

-He is the student.

-He has sufficient resources and health insurance both for himself as well as for his family members.

Important note: Keep in mind that when submitting documents from other countries they must be translated into Castilian Spanish or the co-official language of the territory in which the application is being presented.

When it comes to EU standard forms, it is not necessary to translate or legalize them in accordance with the terms of the Community regulations. For example: healthcare models S1, E109, E 121…

On the other hand, all public foreign documentation must be previously legalized at both the Spanish Consular Office, with jurisdiction in the country that has issued the document, and at the Ministry of Foreign Affairs and Cooperation.  The only exception to this requirement is if the document has already been apostilled by competent authorities from the issuing country according to the Hague Convention, 5 October 1961, unless it has been legalized under an international convention.

Legal party to submit the application: the EU citizen or citizen of another State Party, in person.

Place of submission: Foreigners Office or the corresponding Police Station located in the province where the applicant intends to reside.  For information regarding telephone numbers and hours of operation of such offices, you may consult the following page:

Deadline: three months starting from the date you arrived in Spain.

Fee: a corresponding fee of 10.50 euro must be paid prior to registration certificate issuance.

Registration Certificate issuance: Once the corresponding fee has been paid and prior requirements have been fulfilled, the EU citizen will be issued the registration certificate which will state his name, nationality, address, foreigner´s identification number and date of registration. 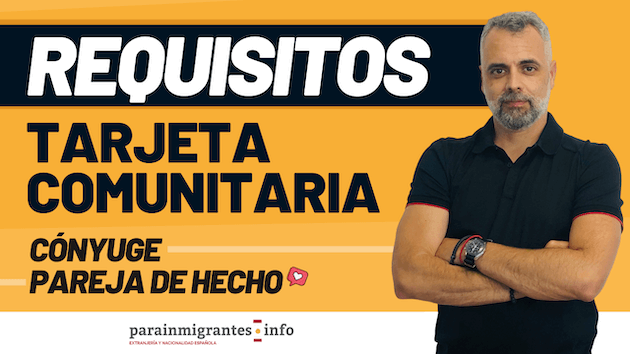